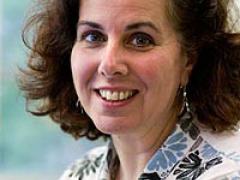 Growing up in New York on Long Island, Roberta visited the Big Apple where its cultural and art life become part of her. School trips were to the Metropolitan Opera, the symphony, and the ballet.  Her dad was an artist so that enhanced the time spent in and around museums and galleries.  She loved hanging out of dad’s 34th floor art studio on Madison Avenue where she got to watch many ticket-tape parades, including those for the astronauts and JFK.

While part of her always thought she’d be a teacher, another love was for musical theater so she began college in the Bachelor of Fine Arts program at Ithaca College in that beautiful region of N.Y.  It wasn’t long before reality took over and she ended up preparing for a career in social work, something she had been considering since her summers spent in a camp in upstate N.Y. that was designed by social workers to give NYC kids an experience in helping others.  So she transferred to SUNY at Binghamton where she graduated in sociology 1976.  Personal life then shipped her off to the “far” Midwest, Madison, Wisconsin, and she finally felt as if she had come home.  Perhaps this city girl was secretly a Midwesterner at heart.

Roberta completed her Ph.D. in Sociology at UW Madison with concentrations in preventive medicine, gerontology and demography.  Had there been a school of public health in Madison at the time, she would have attended it because it became increasingly clear that her new life passion would be as a public health researcher.  Her master’s thesis looking at the differences in quality of care in nursing homes based on their size and profit status remains one of her proudest accomplishments, and popularly cited articles.

In the intervening years before she landed in Manhattan, Kansas (the little apple), she had the chance to teach in the medical schools at SUNY Stony Brook and at the University of North Carolina at Chapel Hill.  She was affiliated with the School of Public Health at UNC and her career focusing on access to care for vulnerable populations became more solidified.  Roberta spent most of her career back at UW Madison, this time not as a grad student but as a professor in the School of Human Ecology with an appointment also with Wisconsin’s Cooperative Extension campus as a health policy specialist.

As an Extension specialist located in Wisconsin’s state capitol, Roberta got to be part of a more applied public health world.  She sat on advisory committees for non-profits and state government.  She was often out of her books and the academy getting her feet dirty in the field of delivering health care to vulnerable populations.  She had selected local gurus who taught her what life was really like outside the ivory towers.  Roberta has published and presented on health care workforce distribution issues and barriers to care for low income populations.  For 10 years she was Project Director of Covering Kids Wisconsin, a statewide coalition whose goal was to achieve full enrollment in Wisconsin’s public health insurance program for children and their parents: BadgerCare.

Roberta considers herself an expert in public health insurance programs so she was most interested, and began preparing for the implementation of The Affordable Care Act as soon as it became the law of the land.

In March 2013 Roberta took early retirement from UW as an emerita professor and joined the faculty at Kansas State University as the Kansas Health Foundation Professor of Community Health.  At KSU she is looking forward to working with a new set of county based Extension colleagues and other state partners as the Affordable Care Act rolls out.  She teaches about the ACA in different venues: locally, statewide, and nationally through webinars.  Roberta is a firm believer in informed consumers and while the political winds continue to swirl over the wisdom of this particular law, she is out in the trenches trying to make sure that consumers understand what this law is and how it will impact their choices about health insurance.

In Madison she raised two sons, two dogs and eventually came back to her love of musical theater, a love she has shared with her sons.  They have all been in local musical productions together.  While she misses being on stage, karaoke takes its place until she again finds the time to audition for a show in her new hometown of Manhattan, the other one, the slower paced one.

Manage Cookie Consent
To provide the best experiences, we use technologies like cookies to store and/or access device information. Consenting to these technologies will allow us to process data such as browsing behavior or unique IDs on this site. Not consenting or withdrawing consent, may adversely affect certain features and functions.
Manage options Manage services Manage vendors Read more about these purposes
View preferences
{title} {title} {title}